Joshua Knobe (2003a) showed that people are much more inclined to attribute intentionality to an agent when a side effect of her action is harmful than when it is beneficial. This asymmetry came to be known as the Knobe Effect. A number of theories tried to explain this phenomenon, including the so-called "moral hypothesis". This article presents a survey, based on the metaethical concept of attitude, that aims to make the hypothesis more precise. It is designed to test attitude ascription in the original Knobe’s scenarios and compare it with the asymmetry in intentionality attribution. After presenting the survey and its results, I concentrate on various interpretations of the data and sketch a possible direction for further examination of the moral hypothesis. 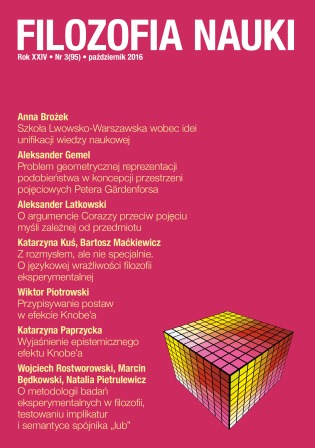