Singular propositions are structured entities which sometimes include macro-scopic concrete things as their elements. That leads to numerous difficulties, also those concerning modalities, good example of which is the famous argument developed by Plantinga, who concludes that accepting a theory of singular propositions leads to necessary existence of (apparently contingent) objects — elements of such propos¬itions. In the paper I present a possible way to avoid such harmful consequences and to undermine Plantinga’s reasoning. My approach involves the idea of two modes of evaluating propositions: “in a possible world” and “with regard to a possible world”, which I try to defend by introducing some solutions from the Hybrid Theory of proper names. I also argue that disposing of singular propositions and accepting Descriptivism does not allow to deal with the modal difficulties. 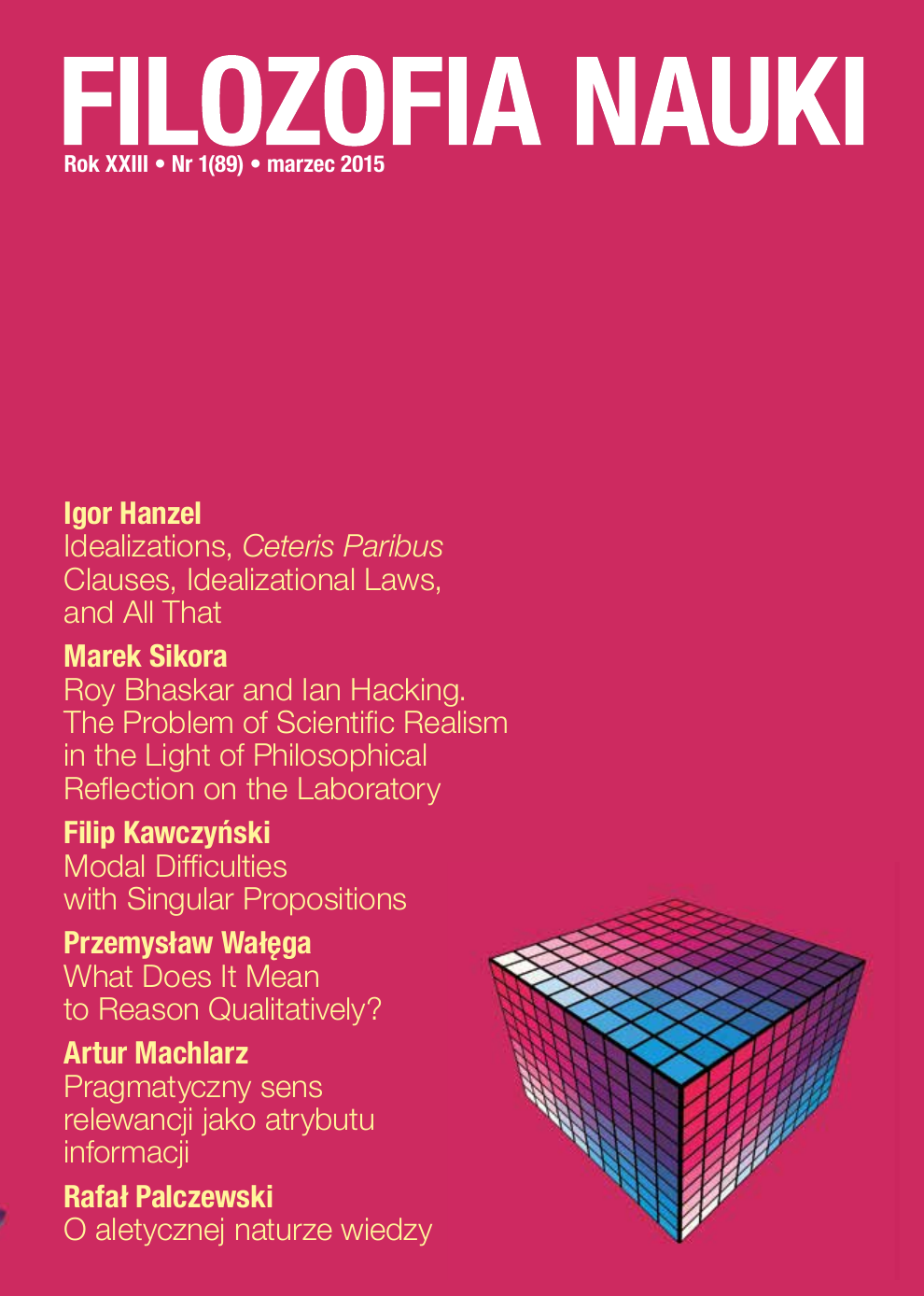