In the article I formulate a version of the separation argument against immanent realism. The argument has been known since Plato’s Parmenides. Its gist consists in the thesis that if universals were immanent (wholly present) in individuals, universals would be separated from themselves, which is absurd.

The argument is underestimated nowadays, because separation is usually conceived in spatial terms. Immanent realists treat universals as properties of objects and point to the fact that properties exist in space in a different way than objects do. This peculiarity of properties is supposed to allow them to be separated from themselves. I try to show that separation should be regarded as a special form of ontological independence, and in that case the argument cannot be refuted. This kind of dependence is called “inseparability” and was introduced into ontological discourse by Roman Ingarden.

An object x is inseparable from an object y iff it belongs to the essence of x that x exists with y within an absolute whole. I do not define the notion of absolute whole but try to explicate it by pointing to the difference between wholes such as subjects modified by their properties and wholes composed of interdependent subjects of properties. A subject and its properties make up an absolute whole, whereas ontologically interdependent subjects of properties make up only higher-order wholes. It seems very plausible that every object is inseparable from itself (inseparability is reflexive) — every object must make up an absolute whole with itself. But if a universal is immanent in different objects, then either it must be separated from itself, or these objects are inseparable. Both consequences are unacceptable. We cannot refute this version of the separation argument by appealing to a specific spatial 152 Abstracts status of properties, because no spatial concepts are involved in the theory of inseparability. 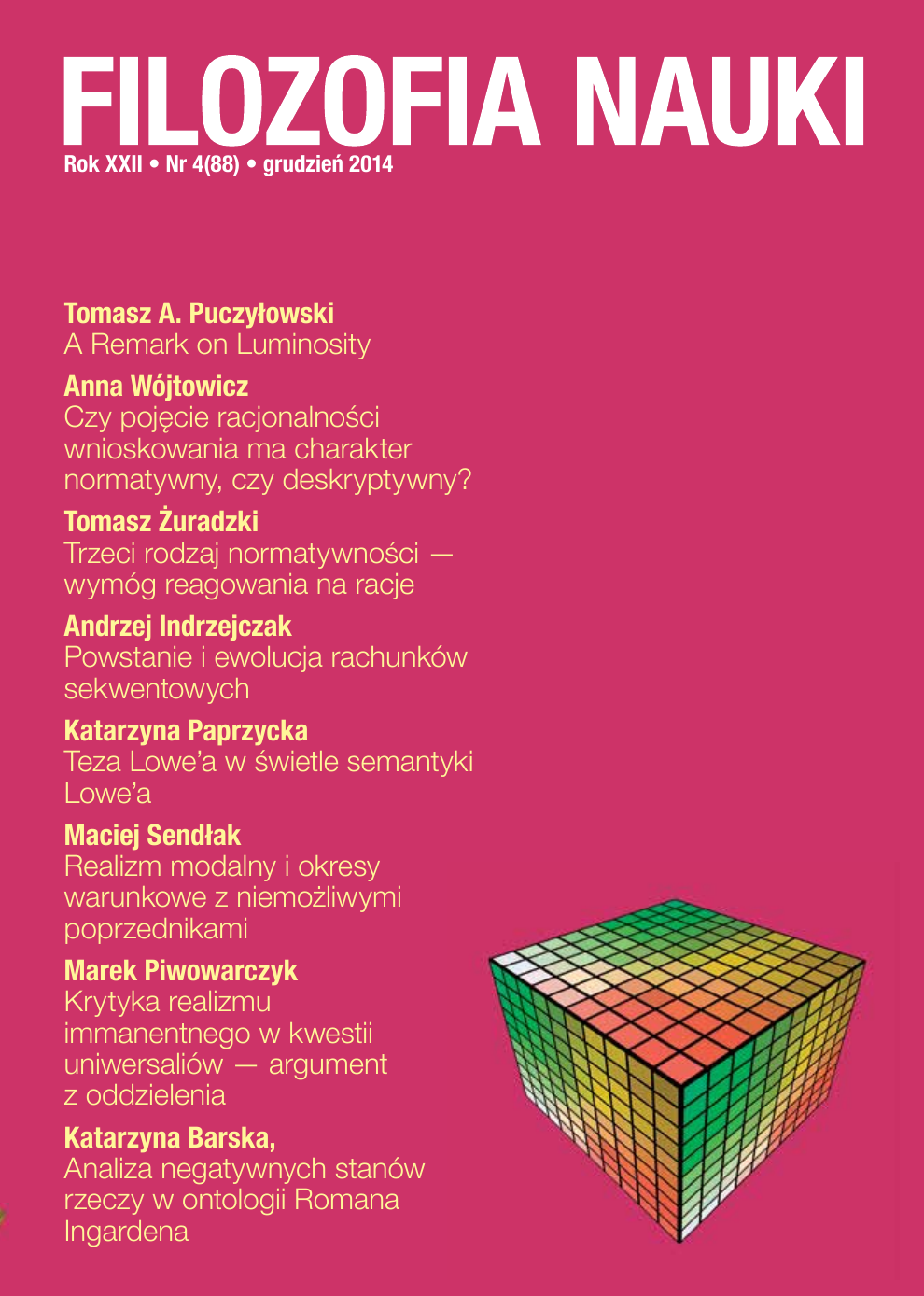