The article discusses the evolution which scientific realism underwent within the last thirty years. It is argued that this evolution was to a large extent fuelled by at-tempts at arriving at a formulation of realism which would be immune to the pessi-mistic induction argument. The argument, whose most influential formulation is due to Laudan, is targeted at any version of realism about theories understood as unified wholes. The central claim defended in the article is that, although pessimistic induc-tion was presented as a confutation of scientific realism, it has had a very positive effect on the evolution of realistic positions. It is because it has forced realists to limit their claims and, at the same time, to make them more subtle and precise. As a con-sequence, some realists ceased to defend realism as an attitude towards whole theo-ries (or whole scientific knowledge) and tried to distinguish the parts of theories which realist should be committed to as approximate descriptions of the unobservable (and at the same time as the most stable aspects of scientific knowledge) from the parts they should be sceptical about. Any form of realism which makes use of such a strategy may be referred to as selective scepticism. Although the initial attempts at adopting selective scepticism (exemplified by the conceptions of Hacking and Worrall) proved to be problematic, the most recent proposal — Chakravartty’s semirealism, with its commitment to concrete structures — seems to have achieved the general goal and allowed realists to dismiss the problems connected with pessi-mistic induction. 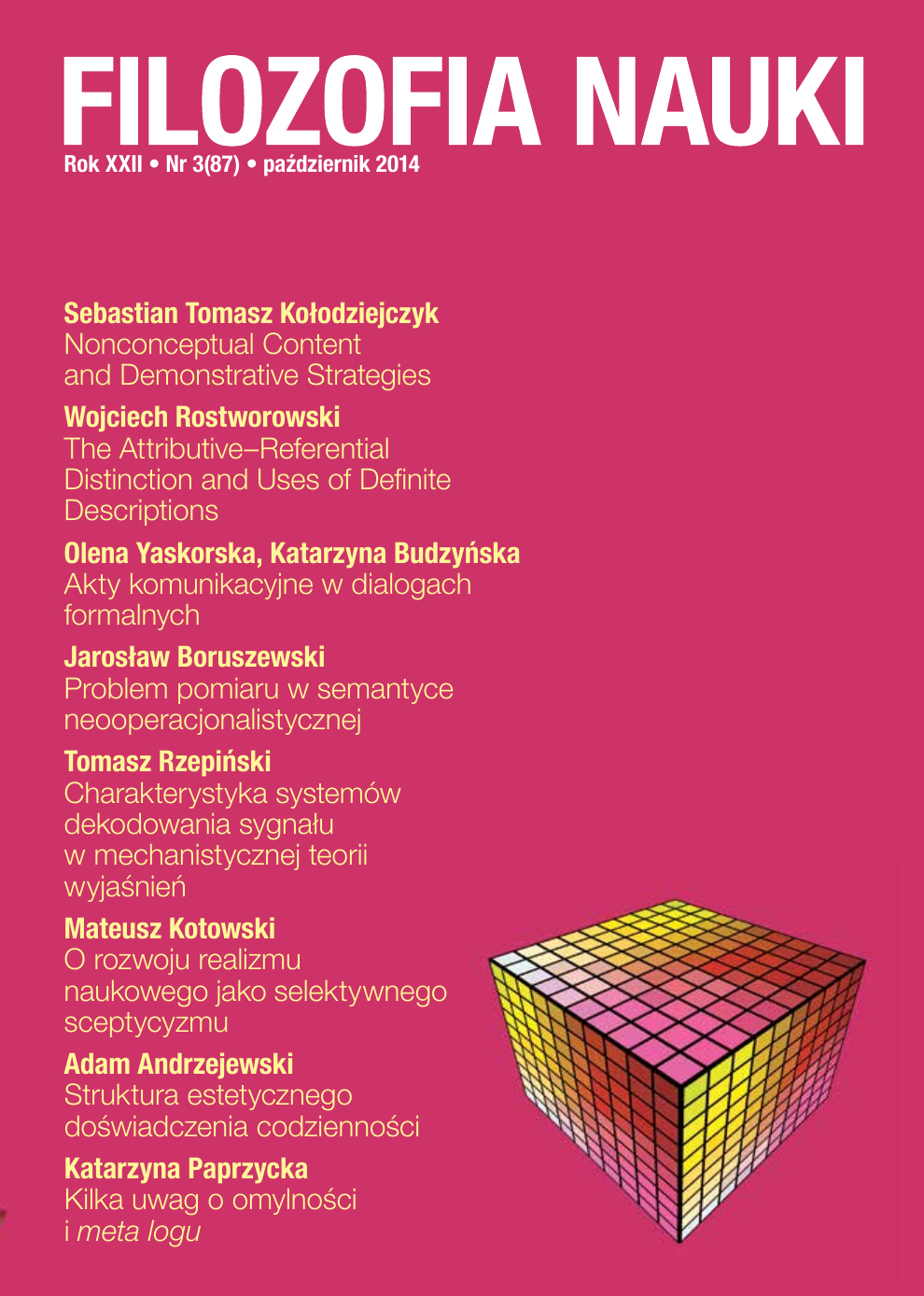